What is Heimat? – A contemplation about the notion of home for Thüringer Literaturrat

Original in German: Contemplating about Heimat

Raw English translation:
I have lived in Switzerland for more than twenty-six years and always on the border. In Basel it was still a few hundred metres to France and Germany, but for sixteen years the river passing by the house has been the only thing separating me from Italy. The bridge over it is a border post.
Until a few months ago, of course, special entry and exit regulations applied here too because of the pandemic. Since time immemorial, borders have been lines where the differences between the spaces behind them collide. The bridge in front of our house was the site of the so-called Sushi War last year.
The trigger for the fortunately bloodless conflict was shrewd Chinese restaurateurs with a focus on raw fish who had settled on the Italian side in recent years, and their devoted clientele, who reside almost exclusively in Ticino.
Anti-corona measures on both sides of the border had brought the sushi business to a standstill, but suddenly transactions were taking place on our bridge, with packages of salmon and euros (or francs) changing hands. Punctually and every day towards evening, the Ticinese queued up at the border crossing. Our mayor, who incidentally had kindly welcomed my Singaporean wife to the wedding ceremony, spoke on the radio of an unacceptable situation, of chaos at customs and that these gastronomic incursions from the neighbouring country were undermining entrepreneurship in Ticino.
The cantonal police and customs administration were called upon to impose order. But the desire for Italian-Chinese sushi was stronger and the Italian authorities turned a blind eye, so that the queue only dissolved when the border was opened and the sushi war came to a silent end in the rush of Swiss customers to the Lombard shops.

In the last sixteen years I have often been asked why I live in this area of all places. After all, I had also lived in Berlin, London, Dubai and Hong Kong at the same time. Nevertheless, I am now even entitled to call this Malcantone village home. Why?
I tried to find out the answer last year while shooting a documentary film, it’s called Outland. Together with friends and acquaintances who may ask themselves the same question because they find themselves in a similar situation. For all of us, Ticino has become a new home.
As it turned out during the filming, none of the protagonists has become truly and completely at home. All of us who have at some point decided to pitch our tents here permanently are familiar with this state of limbo between belonging and remaining foreign, which is perhaps the basic mood of every emigration.
Those who voluntarily leave the country of their birth often renounce certainties that they did not know existed before they left. For example, the previously unshaken conviction of being there because one has always been there. Even if one later obtains a new right of residence somewhere far away, this conviction is quickly lost. You get used to a new realisation: the fact of not being a native.
My story with Ticino begins in the mid-1970s. The teenager in the GDR that I was at the time discovered in the early prose of Hermann Hesse, UNDER THE WHEEL for example, an anarchist spirit that rebelled against authoritarian systems such as school and the world of work.
In the socialist school system of those years, pupils were already assigned to so-called brigades in primary school in order to internalise in good time the drill that would come to them in the following years. The unforgiving reading of Hesse offered an antidote to the brigade regime.
Although the author was little published in our East during this period, my grandfather’s library had survived the war (which had taken his grandfather) and communism intact. In one of the books in it, I came across a photograph of Hesse that seemed to me to epitomise the independence of the artist in a world of dependencies: the poet in the garden of Montagnola above Lake Lugano, the mountains in the background. Others might dismiss this pose as kitsch. For the teenager behind the Iron Curtain, the photo seemed like the encouraging symbol from a freer and, moreover, somehow fantastic world.
Although my interest in Hesse had long since waned, I made a stopover in Montagnola on my first holiday trip south. Naturally, this trip to Italy (which was probably obligatory for Germans) could only take place after the fall of the Berlin Wall. The GDR brigade system had finally had its day. I was young enough to start over again. The view over Lake Lugano seemed to confirm the teenage dream of yesteryear. The fantasy of the landscape, the freedom of being an artist. In the nearby churchyard of Gentilino, I visited Hesse’s grave and happened to find that of Bruno Walter, the conductor of the century, and of Emmy Hennings and Hugo Ball, the co-founders of Dada.
This first stay in Ticino, filled with idealistic fantasies of the kind that seem to occur frequently among visitors, was at the same time accompanied by a strange thought, absurd in itself. After the unloved GDR homeland had just fallen and while a new Germany was forming in which there would apparently be first- and second-class Germans, the landscape around the lakes beyond the Alps seemed to offer a counter-world in which I could imagine living. To be there. 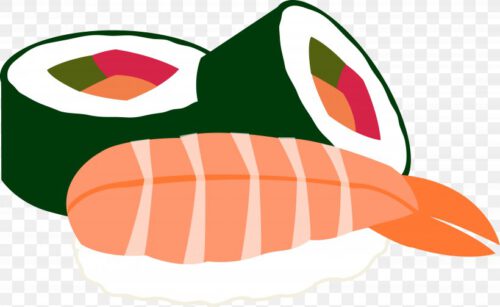