OUTLAND : A documentary in the making. Ticino, Italian-speaking canton of Switzerland, is an unlikely refuge for non-conformists from all over the world who eventually settled there. The documentary traces some of these individuals in the present and near past.

Ticino is a strange canton, both praised as a sunny state and snubbed as a banana republic, different to the rest of Switzerland in many ways.

The valleys nestled between Gotthard and Chiasso seem like a parallel world. Over a hundred years or more, they became a refuge of sorts for a number of interesting characters. By the time Europe took on its present form, after a great cultural growth spurt into modernity and two world wars, Ticino was known as a haven for wealthy German-speaking Swiss, German nationals and even Italian tax fugitives.

But what about the Ticino of today? Have the demographics changed and if so to what extent?

On the broader timeline, Ticino became a popular refuge for those who rejected the mainstream bourgeois life. Something about the place compelled these non-conformists of Western society to view it as a suitable home. To them, Ticino was more than the mountains or nice weather. The region had come to symbolise a state of mind.

“Outland” attempts to characterise this state of mind and find a nuanced answer to the questions : why Italian-speaking Switzerland? What is it about Ticino that invites such creative non-conformists to see it as a home?

Unknown to many, the road was paved over time by many anarchists, reformers, thinkers and creatives.

We explore links to the past with Dada founders Emmy Hennings and Hugo Ball, whose curious and ultimately tragic fate in Ticino will echo far into the future. 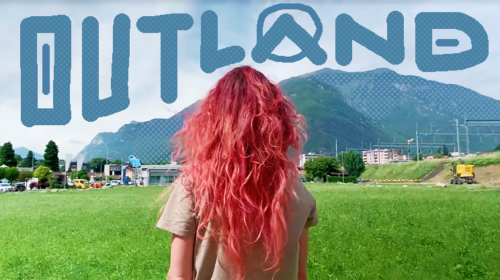