Our documentary film about long-term migrants from Ticino, past and present, premieres on November 28, 2021.

“People will never stop leaving their homes, by force or by choice, despite closing borders and lockdowns.

This film takes place in Ticino, the Swiss canton in the South, a place I came to call home fifteen years ago. I first discovered the place in books written by Hermann Hesse, when I was a teenager living in old communist Germany.

During the time of war and persecution, many migrants came to Ticino from all over Europe seeking refuge. Hesse had been among them. And so were his dear friends Emmy Hennings and Hugo Ball, bohemian artists and founders of the modernist Dada movement. They lived just around the corner from my place up till the end of their lives. Few remember this today. 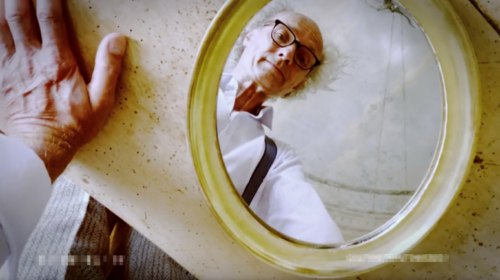 Since then generations of migrants have unknowingly followed in their footsteps, in hopes of finding a better future in Ticino. While some have succeeded, others live in virtual limbo between identities, countries, languages, by a bridge, on a border. To them, Ticino is their new home. An Outland.

A Film by Michael Schindhelm