The Chinese Lives of Uli Sigg

Uli Sigg is not a man who does things by halves. “My ego, my way” says a t-shirt he wears at one point in the film. When he took up rowing, he went to the world championships. When he negotiated a joint venture, he wanted to create a model for future partnerships. And when he became interested in Chinese art, he built a world-class personal collection. Sigg championed the artists he admired, working tirelessly for their international recognition and to preserve their artwork as a record of China’s tumultuous and historic changes. Eventually, Sigg became the Swiss ambassador to China and a consultant on major Chinese art projects, including the construction of the Bird’s Nest stadium for the Olympic Games.

Filmmaker Michael Schindhelm’s documentary is a history of China’s recent opening to the West, and of the West’s embrace of Chinese contemporary art, through the eyes of Sigg and the artists he championed. 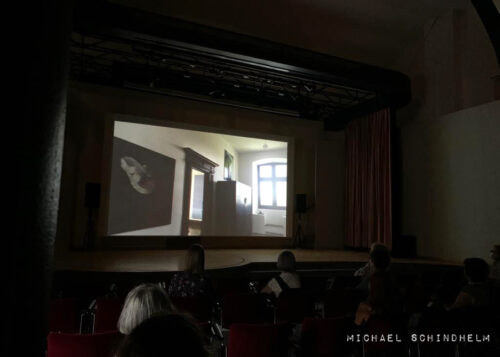 Scene from the opening of the film, screened at Castello di Rivoli